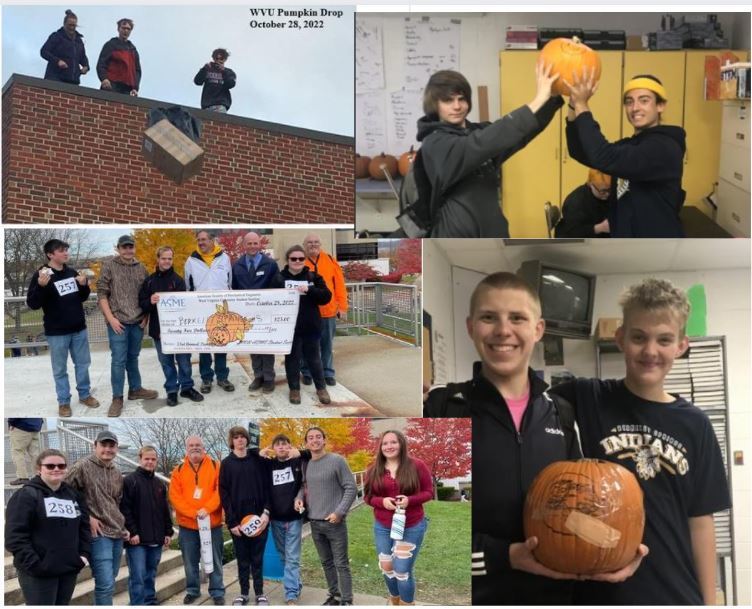 The pumpkin drop began with 120 students from Mrs. Hiles and Mr. Brode’s science classes. Each team had to design a device to protect a pumpkin when dropped from a tall height. The top three teams from the school competition went to WVU to compete against 300 teams. The pumpkins were dropped from the roof of the engineering building which is 130 feet tall. Out of all the participating teams, a team from Berkeley Springs High School saved the pumpkin and landed only 4 feet 5 inches from the center of a target. Based on this performance, the team was awarded $25 for being in third place. Only 16 out of the 300 pumpkins survived the fall.

The winning BSHS pumpkin drop was filmed by ESPN. The footage was shown the following day during the fourth quarter of the WVU game against TCU.